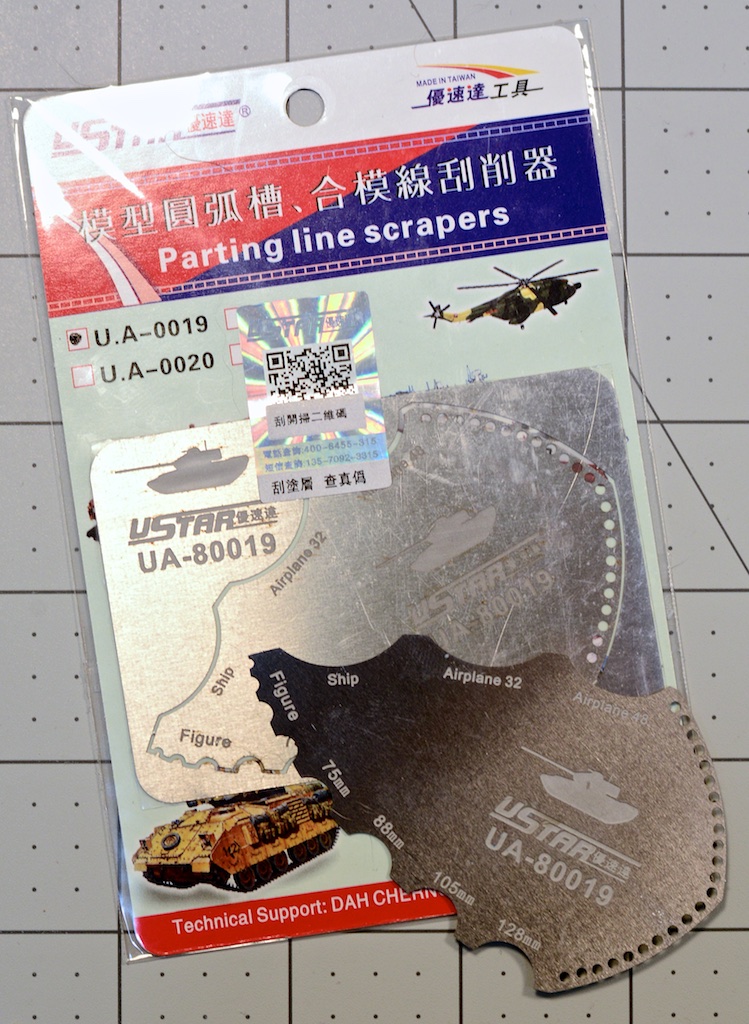 These simple little tools are designed to remove seam lines on rounded plastic parts. Much like photo etch, these are ultra thin pieces of stainless steel, with arcs of varying radii. Simply choose the best fitting arc and gently drag the tool along the part’s seam, allowing its sharp edges to scrape away any uneven surface material.

I ordered two different tools from a Hong Kong based dealer, but ended up with two the same. I’m seeking remedy through ebay, and I imagine the dealer will correct this by simply shipping the missing tool. ‘Not too worried about that…

Update: The ebay seller I dealt with refunded the cost of one scraper, and said I could keep the second tool. I was pleased with this outcome, and promptly ordered the correct tool from them again. Mistakes happen, and I have no problem sending repeat business to a reputable seller, with good customer service. 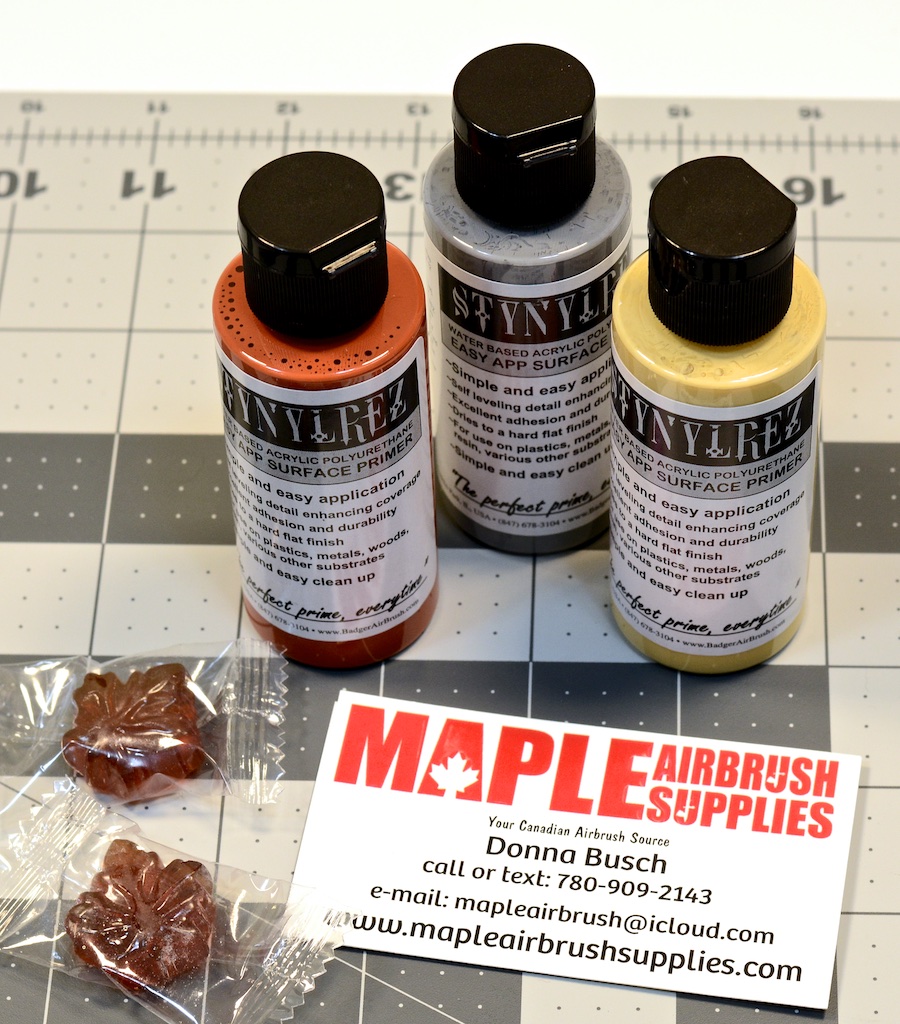 Prior to Maple picking up the line, Stynylrez was only available in Canada through Strike Force Hobbies, and they, for reasons known only to themselves, have opted to conduct all transactions in U.S. dollars. I’ll avoid that hassle, thank you very much!

I placed my order with Maple on Friday morning, and the product was in my hands the following Monday. You cannot ask for better service than that. 🙂 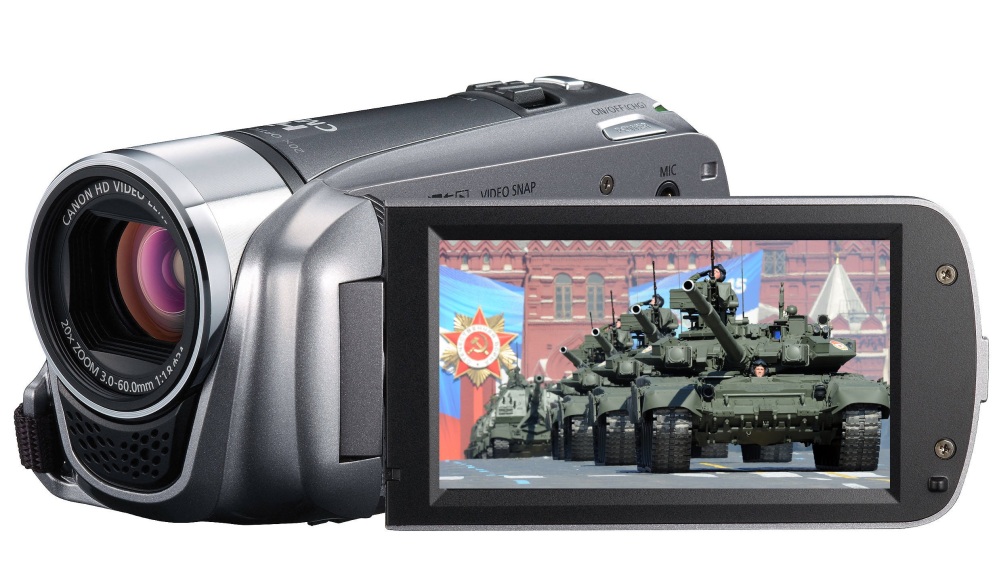 Since launching my YouTube channel, I’ve been hindered, not having a proper video camera. I got by using a Nikon DSLR, which, while providing spectacular image quality, completely lacked autofocus and zoom. By my own admission, the resulting videos appeared a bit too static…

To overcome that limitation, I just bought a second hand Canon HF R200 camcorder. I ultimately would’ve preferred a brand new video camera, one meeting the current 4K resolution standard, but with all the other start-up costs associated with starting into this hobby, a major camcorder purchase could be a year or more away.

This Canon is a five year old design, without any special features, but it does record in 1080p HD. I got it for a decent price, so I didn’t have to dip into my fund for a 4K camera.

One useful feature this camera does have, which more current cameras usually lack, is an input for an external microphone. Bad audio will ruin any video. I use high quality microphones, so in that respect at least, I’m ahead of the curve.

Asked about Japanese airbrush brands, most people could probably name only one: Iwata. Anest-Iwata is certainly the biggest, but Japan is also home to several other brands; names such as BB Rich, Hohmi, Tamiya, Peak, RichPen, and, perhaps the most esoteric of all, Olympos. When I first hear the story of Olympos airbrushes, I immediately knew, I had to possess one!

What’s not to love about the Olympos story?

Olympos was among Japan’s earliest airbrush brands, they earned an unequalled reputation for quality and innovation, and were the original designers of the acclaimed Micron series of airbrushes. Their company’s future appeared bright and boundless.

Then it all came to an abrupt end.

As the story goes, Olympos, since their founding in the 1950s, had been lead by one man. By the mid-1980s, after nearly thirty years at the helm, that founder wanted to step down. For whatever reason, he was unable to find a suitable successor. Something had to give, so he elected to wind his company down, selling off the manufacturing rights for most Olympos designs to Iwata.

From that point on, Olympos virtually disappeared as a brand, their memory kept alive only by their faithful fans.

But all good stories build toward a happy ending:

Fast forward another thirty years, and a new and worthy owner has emerged to resurrect the Olympos brand. Once again, a complete line of Olympos airbrush models is on the market. In the United States, motivated fans, hoping to see their favourite brand re-established, are importing batches of these Olympos airbrushes, then re-selling them at affordable price points. Because there’s no official distribution network, and these airbrushes are purchased in bulk quantities, absent of packaging, and sold mainly through word of mouth, costs are kept to a reasonable minimum.

Let me pause here to introduce my latest possession: 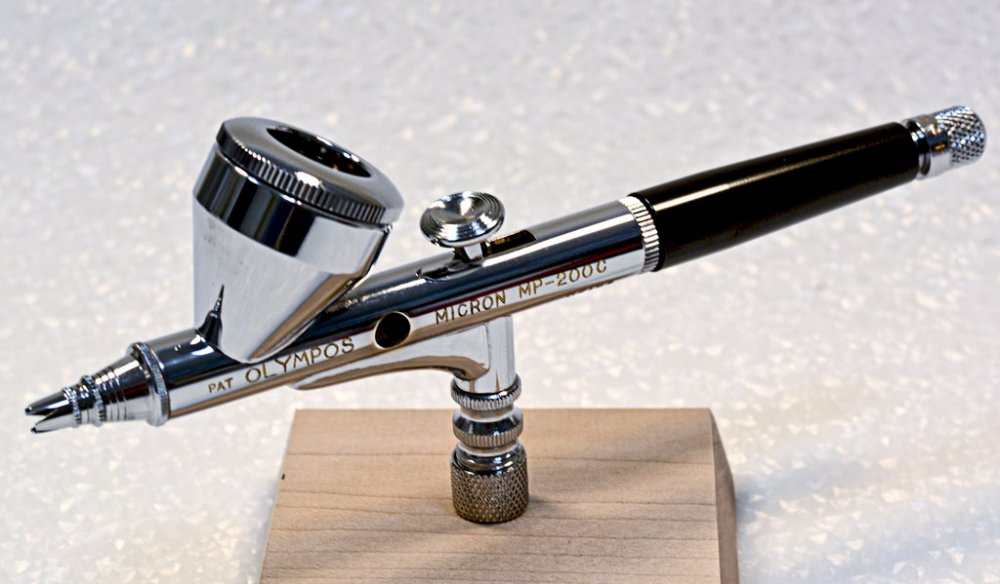 This is my Olympos Micron MP-200C, the original ultra-precise detail airbrush, crafted in Japan. Olympos first created this design decades ago, then transferred production rights to Iwata, who sell it as their Custom Micron CM-B.

Searching for a North American source for a Micron lead me to Frank Artale, who’s selling these little gems through his YouTube channel and on ebay. From Frank, an Olympos Micron MP-200C with a .23 nozzle cost me only $160 USD! A near-identical Iwata Custom Micron sells for a whopping $630 here in Canada. Yeah, I’ll save that money, all day long!

The Olympos story will continue, and by owning one of the world’s finest precision airbrushes, you can become part of it.

Update: I recently communicated with Toshiya Takeshima through Facebook. I don’t speak Japanese, and he doesn’t speak English, so some of what was said may have been lost in translation, but here’s the gist of what he said: Olympos has ceased operations, as of spring 2016. Toshiya has acquired sole ownership of the company name and all unsold inventory (which is a considerable quantity).

Toshiya plans to sell off the Olympos inventory, in simple packaging, at the same low price points we’ve seen thus far. He cautions, as quantities draw down, the price will naturally have to increase. That’s simple supply and demand.

Toshiya claimed that there were only three airbrush manufacturers in Japan – Iwata, Olympos, and “other”. I know the other is Fuso Seiki, but I’m not convinced Oympos or Iwata ever fully manufactured their own airbrushes. I stick by my assertion that Fuso Seiki is the one and only manufacturer, and, at most, Olympos and Iwata merely assembled their airbrushes from parts obtained from Fuso Seiki. If each company produced their own parts, why would they be exactly identical to one another, down to the smallest detail, with near total interchangeability? It defies logic. No, I think Toshiya Takeshima is just keeping the Japanese airbrush industry’s trade secrets safe.

In any event, Toshiya says he has contacts with other manufacturers in Japan, and there remains the possibility of new Olympos airbrushes being produced in the future, though he also mentioned this might be something that will happen under a subsequent owner.

The story just keeps getting more and more intriguing. 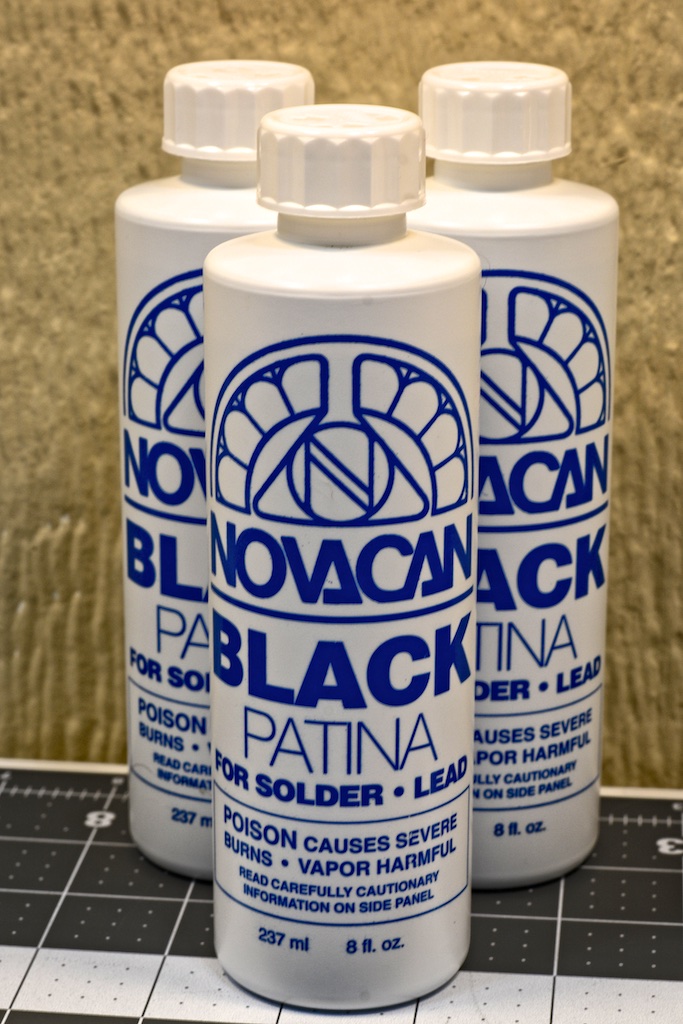 NovaCan Black Patina is a wonderful product I discovered through Bob Greig. Known as BlitzGreigModelWorks within our community, Bob promoted this as a substitute for the various metal track burnishing agents currently on the market. Anyone who watches that video will immediately see how fast-acting and cost effective this product is.